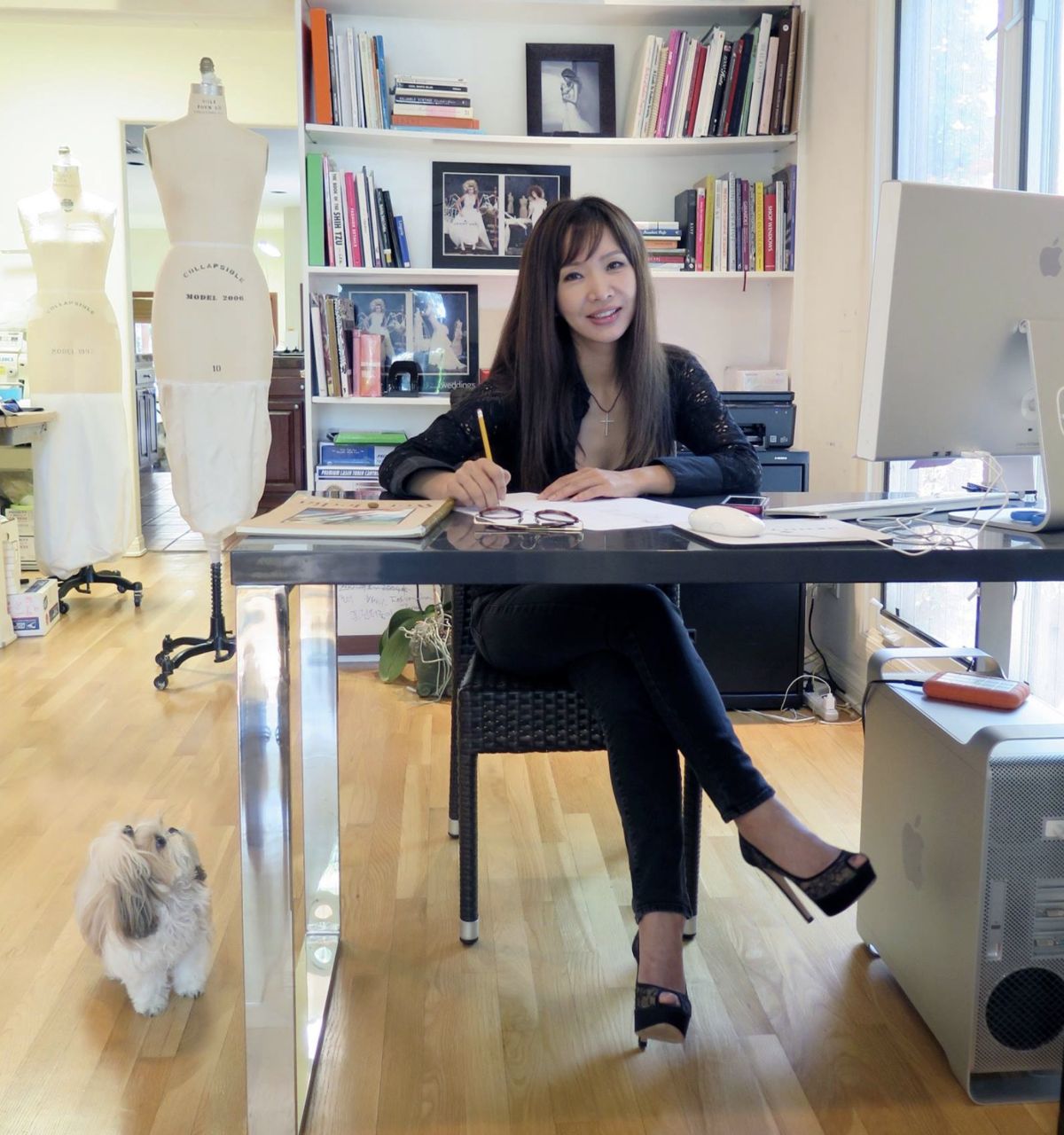 Jenny Lee, designer, founder and creative director of Jenny Lee Inc., is inspired by femininity in its truest form. Always at the forefront of her personal design ethos, developing a sublime bridal gown collection is what appeals to her most.

After graduating from the prestigious Parsons School of Design, Jenny opened her first boutique in Beverly Hills in 1995. With the success of her Beverly Hills boutique, she decided to show her collection nationally.

In 2005, Jenny Lee was awarded “New Designer of the Year”, which is the most prestigious accolade for a young designer.

In May 2007, Channel LA 18 introduced Jenny Lee as “the hottest new wedding gown designer” during an interview featuring her collection.

Among her many happy brides, Jenny has established a celebrity clientele including actresses in movies, TV and the stage in the United States, Europe and Asia as well as creating couture wedding gowns for renowned Japanese singer and actress Iijima Naoko and actor Eisaku Yoshida. Japanese magazine “Domani” featured her collection

Through her experience of personally fitting women, Jenny consistently experienced the frustration of inferior undergarments which prevented her from creating the perfect look. She constantly questioned, with all the advances in technology for fashion, why had the basic design of the bra remained the same since the 1930s.

Due to this, she began to educate herself on the physics of the female form through fitting thousands of women and studying functional undergarment designs to create the best feminine silhouette. After seven years of R&D she finally invented and patented the technology behind what she called the Beautifit Bra in 2017. It provides unmatched support and a comfortable fit without underwire or unnatural bulky padding technology.

In 2019 Jenny is launching YeYe by Jenny Lee, an entire lingerie collection for the modern woman, using her patented technology which ensures the wearer comfort at its finest while also not compromising the simplicity of elegance and sensuality that has always been a part of her creations.

Be the first to know about our exclusive events, promotions and giveaways.

Be the first to know about our exclusive events, promotions and giveaways.